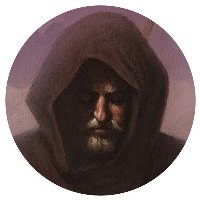 I was supposed to be writing a review about a little jewel I found down on 411 just across the county line in Vonore but something else has been weighing on my mind and my heart as of late and as I continue to hear confirmation of something I disagree with … the Sloan article can wait. If what I write below does not resonate with you I can promise that it resonates with someone you know. Assuming you’re not 7 and the only people you know are all 10 and under. If that’s the case then I don’t know that this is the blog for you. BUT, if you have parents or grandparents … then stick around. Not that I’m addressing parents or grandparents per se. No, I’m addressing those who ask themselves “what do I have to offer?”

As of late, there has been more than one person in my life that has expressed a concern over what they have to offer others. I will not go into specifics for anyone but I have to speak out against the continued disregard we, as a society, have for our elders. By elders, I mean folks older than we are. There’s no place for wrinkles or gray hair in our society. The mountains of products advertised on television and the web remind us day in and day out that you need (insert product name here) to get rid of the wrinkles and (insert product name here) to get rid of the gray. According to Research.com, women spend roughly $426 Billion, that’s with a ‘B’, on beauty products alone. While I don’t know many men that wear eyeliner (I know there are some out there) that figure doesn’t include the dollars spent by men on hair color and skin care cream.

Look, I’m not anti-makeup or personal grooming. I AM anti anything that discounts the value of a person because they happen to have been around a little longer than the rest of us. It is bad enough that advertisers and marketers pump this over the airwaves but we often act it out in ways that seem innocent to ourselves … but impact others nonetheless. It is even worse when someone believes it. On more than one occasion I’ve heard the phrase of someone not knowing what they have to offer anymore.

This year, I turn 40. If I’m lucky, we’ll call this mid-life. My father’s mid-life was 27 … so maybe since we don’t know when we’re going to trip the light fantastic we should stop focusing on the whole “mid-life” thing. ANYWAY,  so, in essence, take what I’m about to say with that grain of knowledge. At the bottom of the curve, I find myself in a great spot to be both mentor and mentee. It’s both a blessing and a burden to have that opportunity.

If you find yourself north of 40 … maybe nearing retirement from your job … do not think that you have given all that you can. I’m certain you have figured this out by now but there’s a big difference between your job and your calling. Consider yourself blessed if you were paid to do your calling … not everyone can say that. Maybe you won’t have to go into the office for too much longer, but your calling … keep chasing it! I’m learning more and more about writing and publishing due to a retired person who continued her calling of teaching and shared her passion for writing. I was able to repair my wife’s van on my own because my father-in-law refuses to give up his passion of “fiddling” with something. Sure, maybe you cannot serve in the same capacity that you used too, but you can still serve.

A recent conversation I had with someone who has been fighting the rights of the unborn started off with him stating that he’d been fighting long enough and it was time for the next generation to step up. Mind you, he’s done a lot and I wouldn’t argue with his thought process at all. I did mention to him in an email later that he couldn’t bow out totally. I don’t think he was planning on it, but I urged him to consider that perhaps his fight is changing. Maybe he’s no longer a warrior on the front line but he’s certainly a captain or general that could offer advice and direction for those going into the fight.

No matter the situation, there’s no such thing as too old. Maybe the way you act upon your passions is different, but the mere fact that you’ve ridden the globe around the sun a few more times than someone else doesn’t mean you can check out of your passions. No, stay in the fight, educate others, be a mentor, do something with your gifts!

To those that are younger than I. While I appreciate the awesomeness of being able to go online and find the answer to pretty much anything, do not forsake the gift of going to a person you know. I’m going to be publishing a book soon, I could Google every question I have, but I’d much rather get the answers from people I know that have been through the process before. YouTube & Google told me the basic instructions for fixing my wife’s van. But, because I spoke with my father-in-law I was able to accommodate for other issues that might arise down the road. There is no substitute for experience. Take the time to get to know the older generations around you. Find out what they know about and what their passions are; then when you have a question go to a human and not an app. Find a mentor and respect that relationship.

My inlaws live with us in our little home. Being six in a house that was really built for four has certainly made for some close quarters. But I wouldn’t trade all the wisdom and stories I’ve heard for all the spare square footage in the world. The advantage my kids have in growing up so close to their grandparents is immeasurable. My mother-in-law gets calls for advice on potato salad and cheese ball. I ask about her parents and siblings to learn more about her and how she grew up. To understand why she feels and thinks the way she does. Same goes for my father-in-law. Google could tell me how to fix a leaky bathroom faucet but my father-in-law’s ingenuity is what made a custom tool to make the process easier.

Young people … do not forsake the value of your elders and human interaction. Old people … do not think your value diminishes with the years. Everyone needs to be flexible, as we grow our roles change. As I was discussing this article with my family tonight the phrase, “old age isn’t a disease you can catch; it’s a disease that catches you” was said. I couldn’t think of a better piece of wisdom.

To my readers who are of the faith I’ll close with a few passages of scripture that speak to your value in the twilight years:

Proverbs 16:31 – Gray hair is a crown of glory; it is gained in a righteous life.

Psalm 92:14 – They still bear fruit in old age; they are ever full of sap and green,

2 Corinthians 4:16 – So we do not lose heart. Though our outer self is wasting away, our inner self is being renewed day by day.

I could go on but I hope my point is made. Never discount yourself. Never.

This site uses Akismet to reduce spam. Learn how your comment data is processed.